Although we typically see home sales slow during the holiday season, this year, the number of homes sold in Bend dropped 29% in December, from 139 sales in November to 98 last month. Pending sales were down 41% month-to-month, from 129 in November to 76 in December.

As a comparison, home sales in Bend slowed 14% between November and December of 2021, and pending sales were down 18% during the same month-to-month period.

There were 58% fewer new listings of Bend homes in December, from 113 in November to 47 last month. Active listings were down 22% month-to-month, but up 90% compared with December 2021.

Overall, we are seeing signs that the Bend real estate market is stabilizing after a few years of unprecedented activity during the pandemic. As inventory expands and sales activity slows, it’s important for sellers to have a data-driven strategy for listing their homes, and we’re here to help. 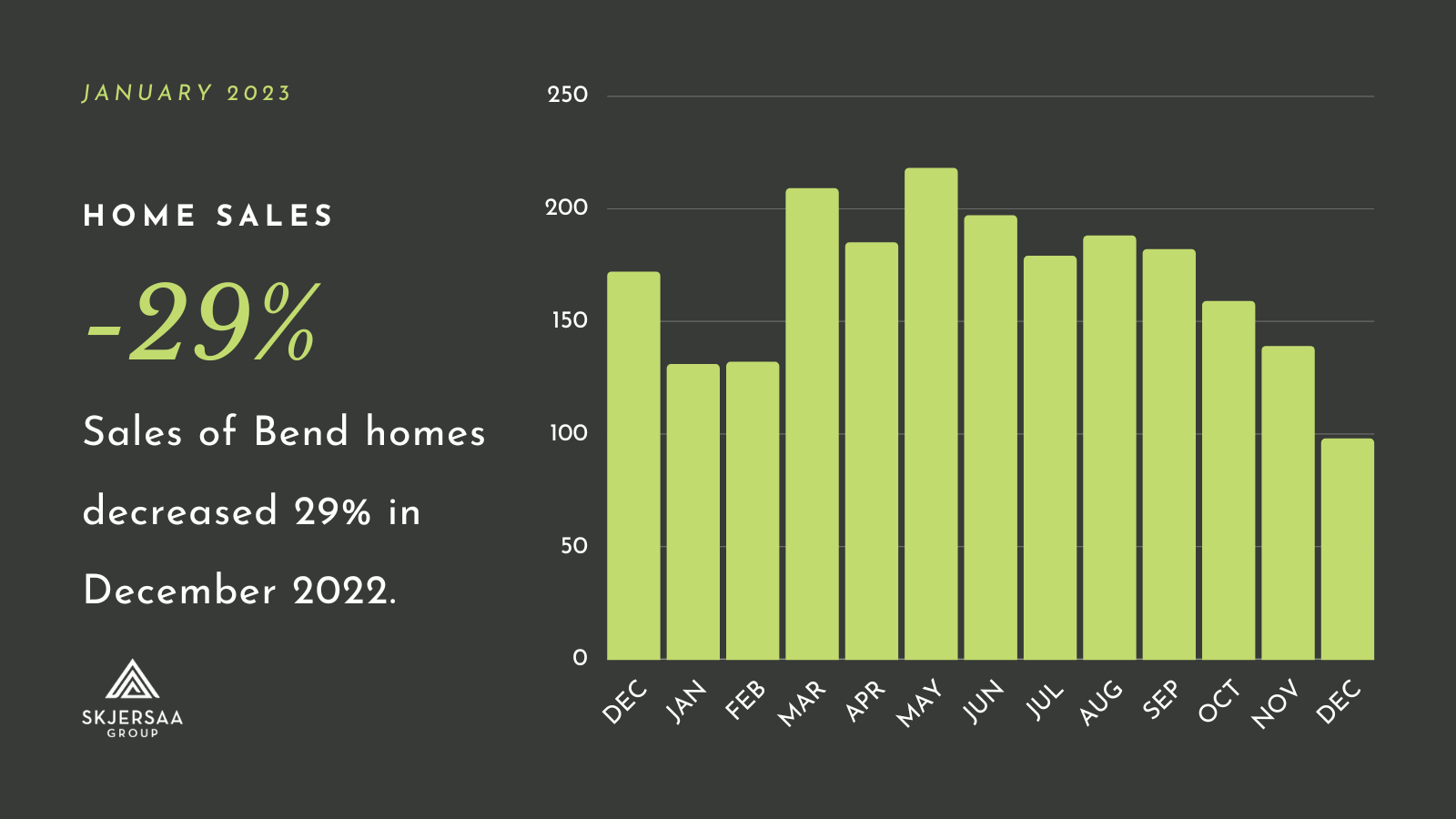 Active Listings and Months of Inventory

Days on Market and Price Reductions