Housing Starts In Bend Oregon Down For February 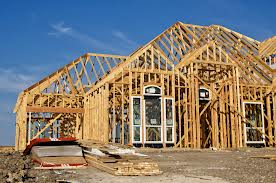 Housing starts in Bend Oregon, and nationwide, dipped slightly in February by as much as 0.2 percent to a seasonally adjusted rate of 907,000, but the good news is that more building permits have been approved nationwide and they increased by 7.7 percent in February.

What Caused Housing Starts To Decline In February?

One of the biggest reasons for the decline in housing starts in Bend Oregon and across the United States in February could be due to bad weather that we experienced last month.

If you ask any economic analyst they will tell you that the real reason for the decline in housing starts is the shortage in both skilled labor and ready to build lots.

Many Bend Oregon Realtors and top builders like Greg Welch Construction will agree with the later because, at the recent Bend Oregon Chamber of Commerce economic forecast it was confirmed that the city has been having a difficult time with furnishing ready to build lots to keep up with the demand for new homes in Bend.

What’s interesting about February’s economic news is that West Coast builders broke ground on 5.5 percent fewer homes in February than other cities across the United States and that’s shocking considering that the West Coast was spared the crazy weather that the East Coast has seen in recent months.

Time to Buy or Sell Now

It doesn’t matter if you plan on buying or selling a home in Bend, the time to move forward with accomplishing your Real Estate goals is now since more buyers and sellers are hitting the Bend Oregon Real Estate market sooner this year compared to previous years.

For more information on the latest news about housing starts in Bend Oregon or to view the latest homes for sale in the area contact me today by calling (541) 383-1426 or click here to contact me online.