By Jason Boone in Bend Oregon Solar with 0 Comments 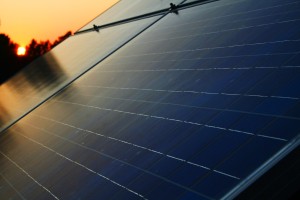 BEND – This week two new solar farms were proposed for Bend, and if approved by Deschutes County, and public comments on April 24th, we could soon have two solar arrays which will generate 20 megawatts of power.

The solar farms, which could be developed off Highway 20 in Bend, will finally bring renewable energy to Central Oregon and tap into the 300 plus days of sunshine which we enjoy in this area each year.

Although the land that the solar farms are proposed to be developed on is property which has been zoned for agricultural use, the rocky terrain of the area makes that land ideal for solar farms.

Oregon Solar Land Holdings and NorWest Energy 2 are the two companies which are leading the way to bringing solar energy to Central and Eastern Oregon.

In a recent interview with the Bend Bulletin, David Bunge, managing member with Solar Land Holdings said this about the proposed sites, and the potential for building more solar arrays across Oregon:

“Generally speaking, we’re one of several developers who’ve seen an opportunity in the eastern part of Oregon, because it’s really been an untapped market. There’s good solar production, and as the cost of equipment has gone down, the viability of the project has substantially increased.”

To learn more about Bend Oregon, or to view the latest homes for sale in the area, contact me, Jason Boone, Principal Broke with Duke Warner Realty | Skjersaa Group by calling me at (541) 383-1426 or click here to email me through my website.