By Jason Boone in foreclosure information with 0 Comments 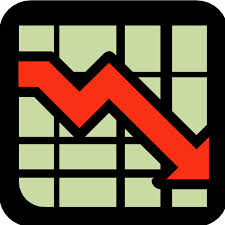 Foreclosures are quickly becoming a thing of the past for the Real Estate market over the last 2 years, and thanks to a recent report from CoreLogic we know that there were just 45,000 completed foreclosures in the month of December 2013 alone; and that’s a drop of 14% when compared to December 2012.

Did you know that since the Financial Crisis officially began in September of 2008 there have been 4.8 million foreclosures across the United States?

The fact that the nationwide Real Estate market had just 45,000 foreclosures in December 2013 is a great sign that foreclosures are continuing to drop across the United States and will hopefully become an option that homeowners in the future won’t even have to consider thanks to tighter lending standards by banks since the Financial Crisis began.

Good News for All

The decline in foreclosures also shows us that fewer homeowners are in serious delinquency (lowest since 2008), and with more people working in the United States, the Real Estate market across the is looking like it’s finally turned the long awaited “corner” that Realtors have been talking about for such a long time.

What’s Next For Real Estate?

In Bend Oregon and across the United States you can expect the following things to occur:

The 2014 Real Estate market is going to be different than in years past because, due to tighter lending standards some homebuyers may not qualify for mortgage loans, at least not right away, and this means that there will be fewer homebuyers on the market than in years past but thanks to tighter lending standards, and less Federal Reserve action, we can expect the Real Estate market to continue its steady pattern of growth that we’ve seen over the last several years.

To learn more about the latest Real Estate news, or to view Bend Oregon Homes for sale, contact me today by calling (541) 383-1426.