More Subdivision Construction In Bend For 2013

By Jason Boone in new construction with 0 Comments 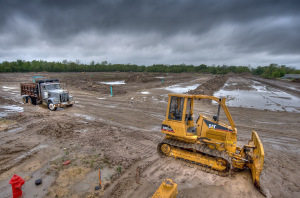 There’s no denying that we’re experiencing another building boom in Central Oregon right now thanks to low mortgage interest rates and high demand for homes that has made it almost irresistible for companies to not build in Bend, Redmond, Prineville and other areas across Central Oregon but the question that many people want to know is how many subdivisions have been started in recent months?

In Bend we’ve seen a big increase in subdivisions and there has been a total of 68.67 acres developed, or 165 lots, and that’s a dramatic increase when compared to 2012, since only 35.30 acres were developed in Bend last year.

If you follow Bend Oregon Real Estate it’s no surprise to see that some of the major developments that saw growth in their subdivisions this year were: Veranda Glen, Northwest Crossing, Reserves at Pilot Butte, Diamont Pines and Hidden Hills.

As we close out 2013 and head into 2014 we can expect to see continued growth in the Bend Oregon Real Estate market and the growth of Real Estate markets across Central Oregon including in towns like Sisters and Prineville, as many Bend Oregon Realtor’s are expecting there to be more inventory available than in 2013, thanks to higher mortgage interest rates, which will drive potential home buyers out of the market, and give those buyers who have pre-qualified for mortgages a lot more home buying options for them to choose from.

For more information on the latest Bend Oregon Real Estate news, or to view Bend Oregon homes for sale, contact me today by calling: (541) 383-1426.