By Jason Boone in mortgage debt relief act with 0 Comments 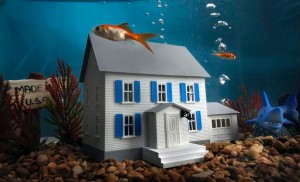 Underwater homeowners in Central Oregon, and across the United States, have less than 30 days before the Mortgage Debt Relief Act expires and it seems like déjà vu all over again since we were dealing the same exact thing this time last year, and it’s not looking like Congress is eager to renew the Mortgage Debt Relief Act for another year since they’ve been debating renewing this bill since July 23,2013.

What Does The Mortgage Debt Relief Act Do?

With the Mortgage Debt Relief Act underwater homeowners have been able to have up to $2 million dollars of their mortgage debt forgiven, instead of having to pay income tax on that debt because, the IRS would see it as taxable income.

As of December 2nd 2013 many groups across the country, including the Mortgage Bankers Association, are hopeful that congress will extend the Mortgage Debt Relief Act, but it’s not looking like it will be extended in December since Edward J. DeMarco, Acting Director of the Federal Housing Finance Agency is going to be replaced soon, and with the Senate still in their Winter Recess, it looks like the Mortgage Debt Relief Act won’t be renewed until early January 2014, just like it was this year, and that’s a big if it’s renewed at all.

Underwater homeowners who choose short sale or foreclosure in December can save themselves thousands of dollars by deciding to sell their homes now and benefit from the Mortgage Debt Relief Act, before it expires on December 31st 2013.

After 12/31/13 any underwater homeowner who decides to sell their home will potentially face the possibility of having to pay income tax on the shortfall that remains after their home has sold.

If you’ve been thinking about selling your Bend Oregon home, and don’t know what it’s worth, or you’ve been considering and option like short sale, contact me today for a free Real Estate consultation by calling (541) 383-1426.