By Jason Boone in fannie mae with 0 Comments 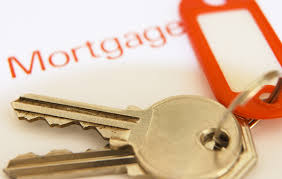 This summer when the Federal Government announced that they were no longer going to buy mortgage backed securities that shot up mortgage interest rates and sent the Real Estate market into a temporary state of shock until the Fed backed off on their plans.

Everyone knows that the only real way the Bend Oregon Real Estate, and Nationwide Real Estate can truly recover is if the Federal Government begins to wean itself from involvement with Fannie Mae and Freddie Mac, but the Federal Housing Finance Agency (FHFA) also knows that it’s not something that cannot be done overnight, especially if the Government wants to avoid any economic disruption like the disruption that occurred this summer.

Edward DeMarco, the Acting Director of the Federal Housing Finance Agency said “While it will get more time to prepare for any changes, a decision on whether to lower the limits, and by how much, would still be made in late November”.

As of October 2013 Fannie Mae and Freddie Mac can’t back loans greater than $417,000 across the United States although in some markets they can back loans as high as $625,500, especially in wealthier parts of the United States like: Hawaii, California, New York and Washington DC.

Since mid-2008 when the mortgage caps were raised, to keep our mortgage market going across the United States, more people were able to own a piece of the Bend Oregon Real Estate Market and a larger number of Americans than in the last 40 years have been able to buy homes because, mortgage interest rates and home values have been so affordable but once the caps are lowered many investors and economists in the USA are concerned that some homebuyers will be pushed out of the Real Estate market since rising mortgage costs might make it unaffordable for many home buyers to buy homes.

What are your thoughts on this news? Feel free to leave me a comment below.

For more information on what to expect in the Bend Oregon Real Estate market in the next 12 months or to view the latest Bend Oregon homes for sale, contact me today by calling (541) 383-1426.