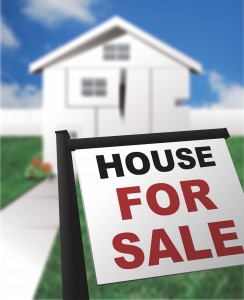 A leap year and seasonably mild weather made February 2016 in Bend a bit different than in most years. One thing that was typical, though: a relatively slow home sales month in Bend.

In February, 125 single-family homes were sold, according to data recently compiled by the Skjersaa Group. That is down from the 155 homes sold during a relatively hot-selling January.

In other words, February really has been the calm before the summer real estate storm, which usually begins to show its teeth in March.

A closer look at the February data actually reveals some strong underlying numbers. For one, February ended with 242 pending home sales. That is the highest February tally in at least 10 years, and well more than the 210 pending sales posted in February 2015. And with 206 new homes listed, the most in a February since 2013, the market remains active.

If there has been anything holding back the market so far this year, it has been a lack of overall inventory. That has had some buyers sitting on the proverbial fence. In February, though, the months of inventory on the market ticked up to 4.9 months from 3.4 months in January. Roughly six months of inventory is considered a balanced market between sellers and buyers.

This all portends to a potentially strong March.

Some more interesting data from the Skjersaa Group’s February report:

In all, Bend’s market fundamentals remain strong. Good recent news on the jobs front, gives some reason to believe that the broader economy is still on relatively solid footing. And interest rates that remain historically low.